If I may give you an advice: Don’t go to Yellowstone National Park on a bicycle during july! There is a screaming traffic, the narrow, shoulderless roads are packed with rental-RVs and boat-trailers and everybody is in a hurry. Since Boston I never felt uncomfortable on my bike due to traffic – until I entered YNP. But despite permanently awaiting a sudden death by getting smashed I was able to realize and even to enjoy the beauty of this National Park.

After approaching and passing the Grant Teton National Park with a scenery that reminds me on the Lord-of-the-rings-movies the long ascent along south entry of Yellowstone began.

My first station inside the park was Grant Village Campground (7,825 ft). There you have the chance to participate in Ranger-activities like bear-spray-exercises or amphitheater-presentations on different topics combined with big campground-fires in the late evenings (the nights are very cold there). Mooses use to walk between the tents on the campground. Everything is covered by the strange screaming of those mooses and the neverending white-noise of the close road.

I took a “day off”, cycled to Old Faithful, saw him throwing out what he got, saw many chinese people and met Blair and Sonya. They offered to take me and my bike with them – back to Grant Village. That happened just after I started to make plans about hitchhiking back in order to avoid riding back on my bike (just 22 miles but crossing the continental divide two times and sooo heavy traffic – there are no public busses inside the park- stupid!) I guess someone prayed for me. They are so warm people and we had a lot of fun-talk until they dropped me and carried on to Tetons.

The next two days I travelled nortbound through the east-part of the park. A lot of climbing! Bisons caused traffic-jams. I hid myself behind the slow-going cars. You better have a fat, heavy pickup-truck between you and those giant animals … 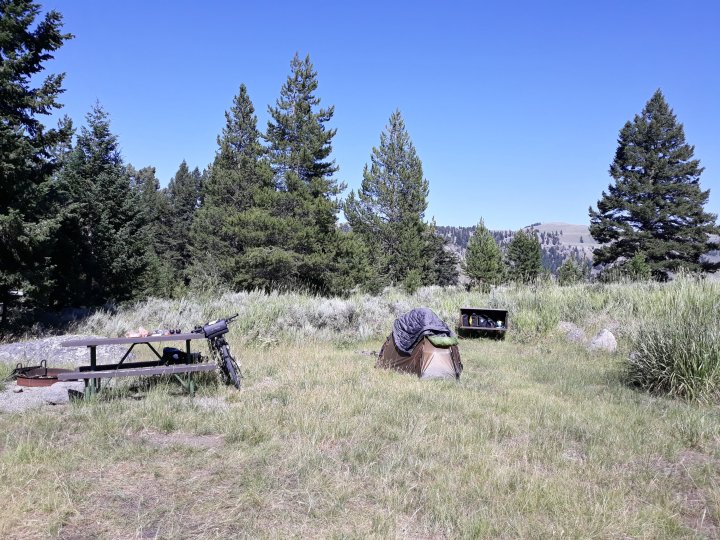 By the way: almost all campgrounds were full – but bikers and hikers wouldn’t be declined at Yellowstone-campgrounds (special “hiker/biker”-contingents) and pay only between 5 and 8$ a night. 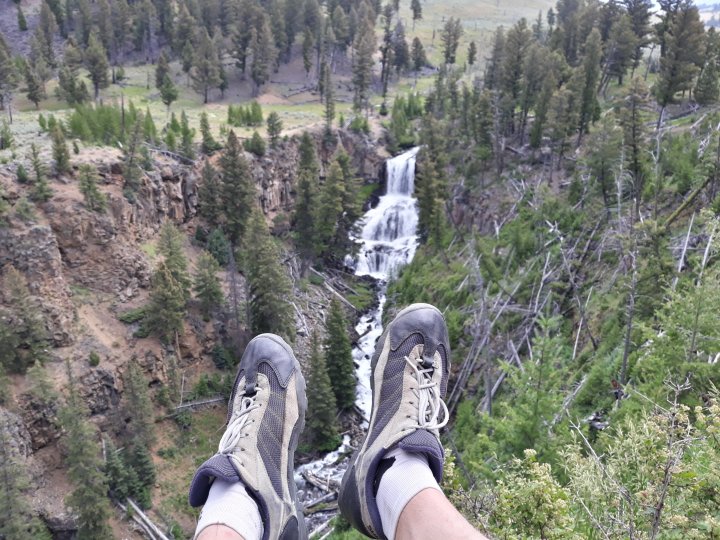 I saw no bears. I saw no wolfes. 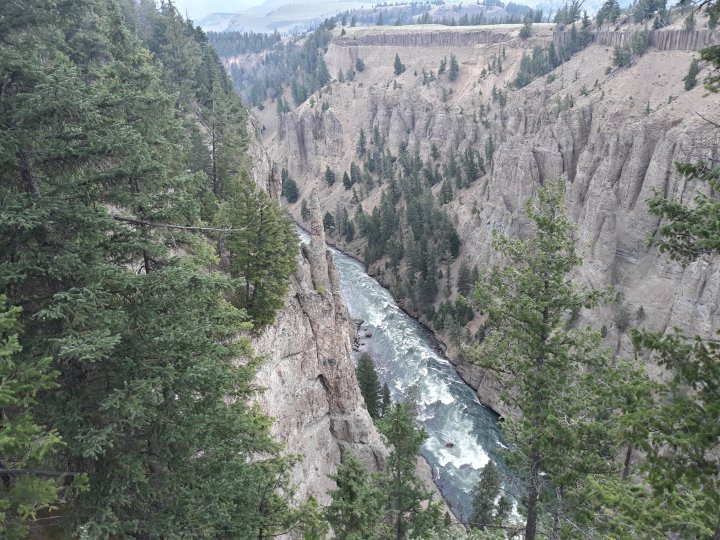 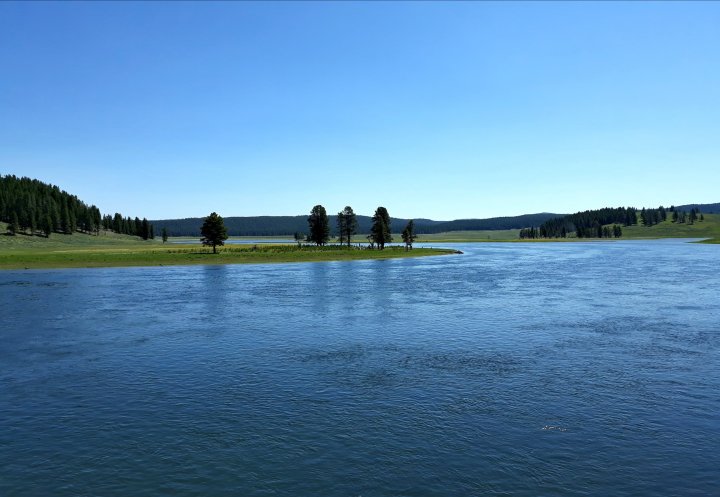 Time is rushing – four days went by when I arrived at Mammoth Springs next to the north entry of the park. I paid a last visit to the visitor center and beamed me down to Gardiner, Montana.

The first Scott that day was my waiter at Iron Horse Grill. We chitchatted about cycling. He once did a tour from Florida to Texas on his bicycle hauling a trailer. He took my check. After that late lunch – it was already 3 p.m. – I tried a last minute warmshowers-request. That warmshowers-host was the second Scott that day and he is working at the KOA “Paradise Valley” about 45 miles from Gardiner. He offered me a campside on the actually full KOA and he arranged a free breakfast for the next morning. Could it get better? Yes! On my way to the campground I had the strongest tailwind so far. 45 miles in two hours with a big fat smile on my face 🙂 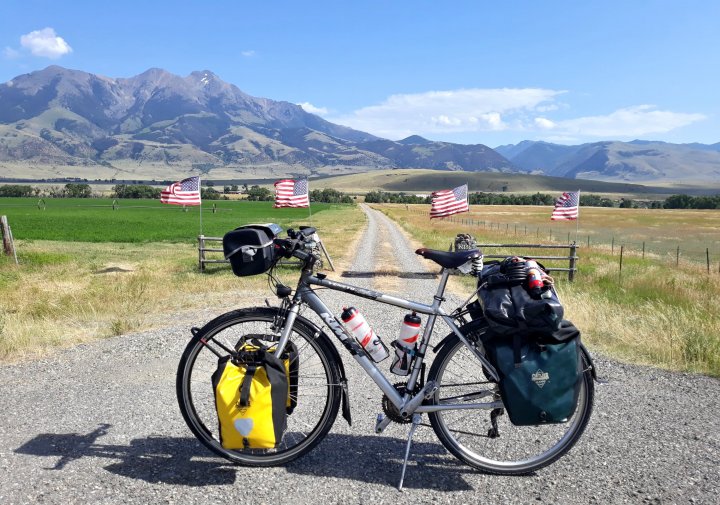 Very mean: Many Montana-roads have continuous rumble-strips. That means you cannot change from road to shoulder or back at a high speed – dangerous thing. Furthermore the rumble-strip goes more or less in the middle of the shoulder – what the heck!

Montana is as big a Germany and has 1 million inhabitants (1.2% of Germany).